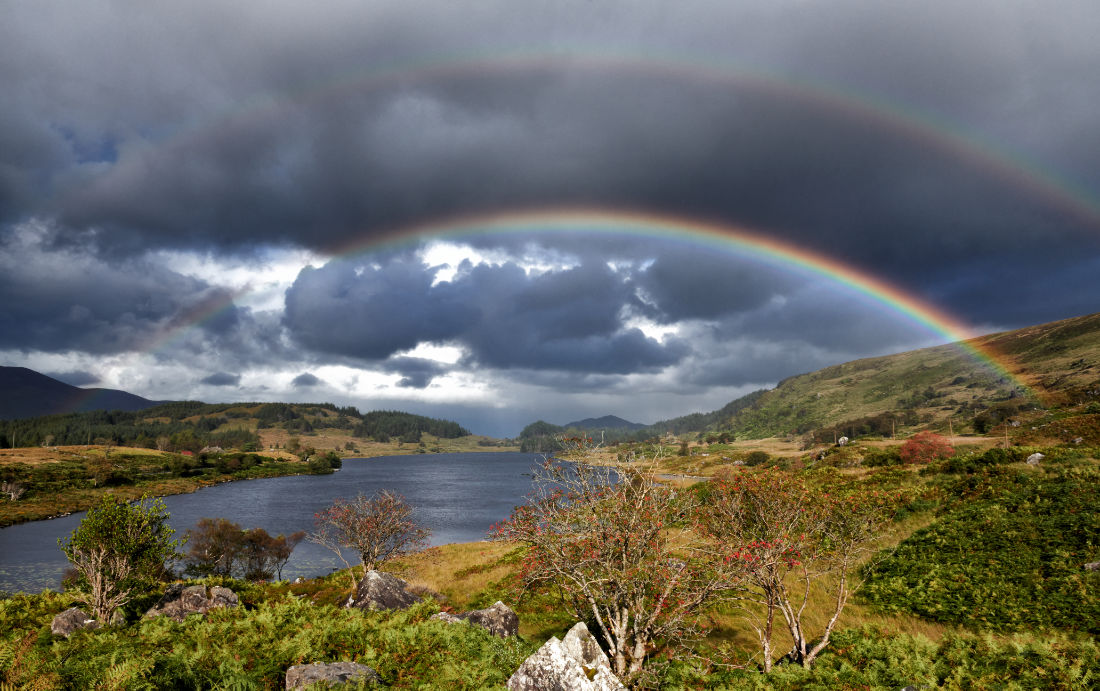 Lough Looscaunagh lies rather unspectacular directly at the Ring of Kerry between Molls’ Gap and Ladies View. The true spectacle took place above the lake as a double rainbow.

While processing the image I was irritated by the dark band between the two rainbows and thought it was an aberration. However, comparison with other images of double rainbows showed that this phenomenon is part of the spectacle. It is the so-called “Alexander’s dark band”, named after Alexander of Aphrodisias, who first described it in the year 200. It occurs because the light between the primary and secondary rainbow is reflected by the raindrops that it cannot reach the eye of the observer or the camera. 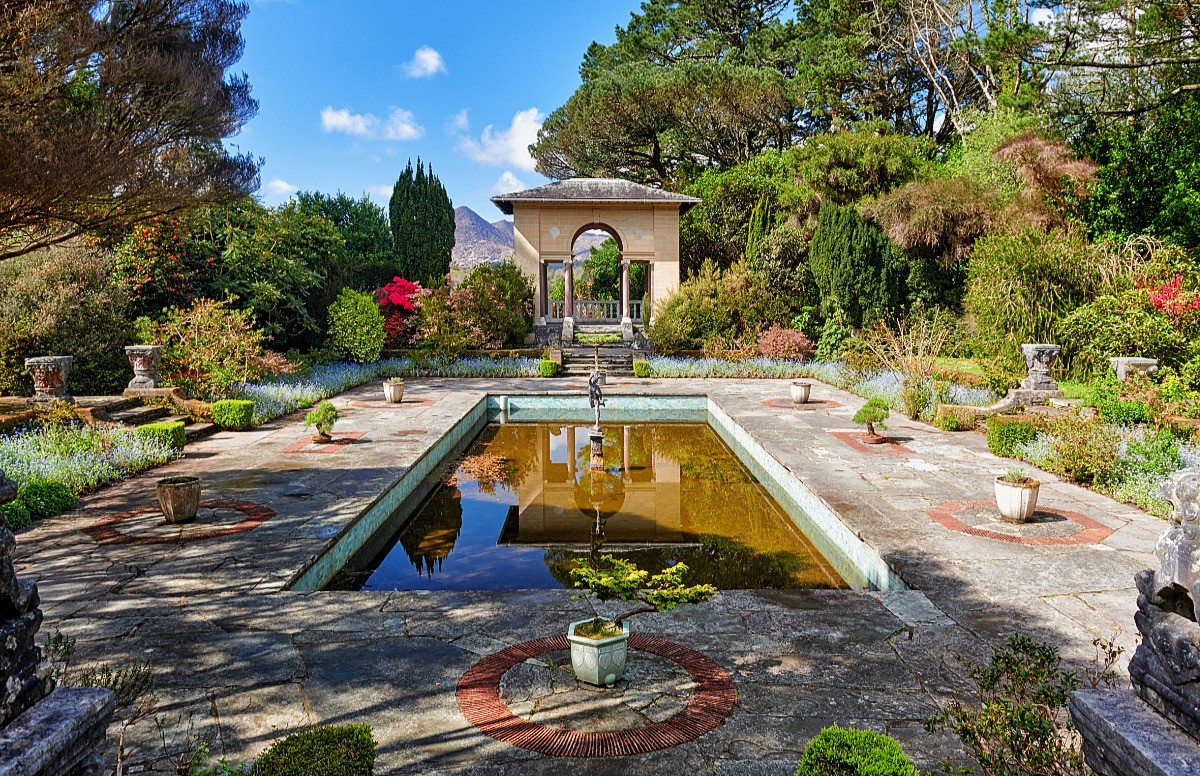 I have visited Garinish Island many times before and even this spring I was on the island three times. But… Read More »Garinish Island 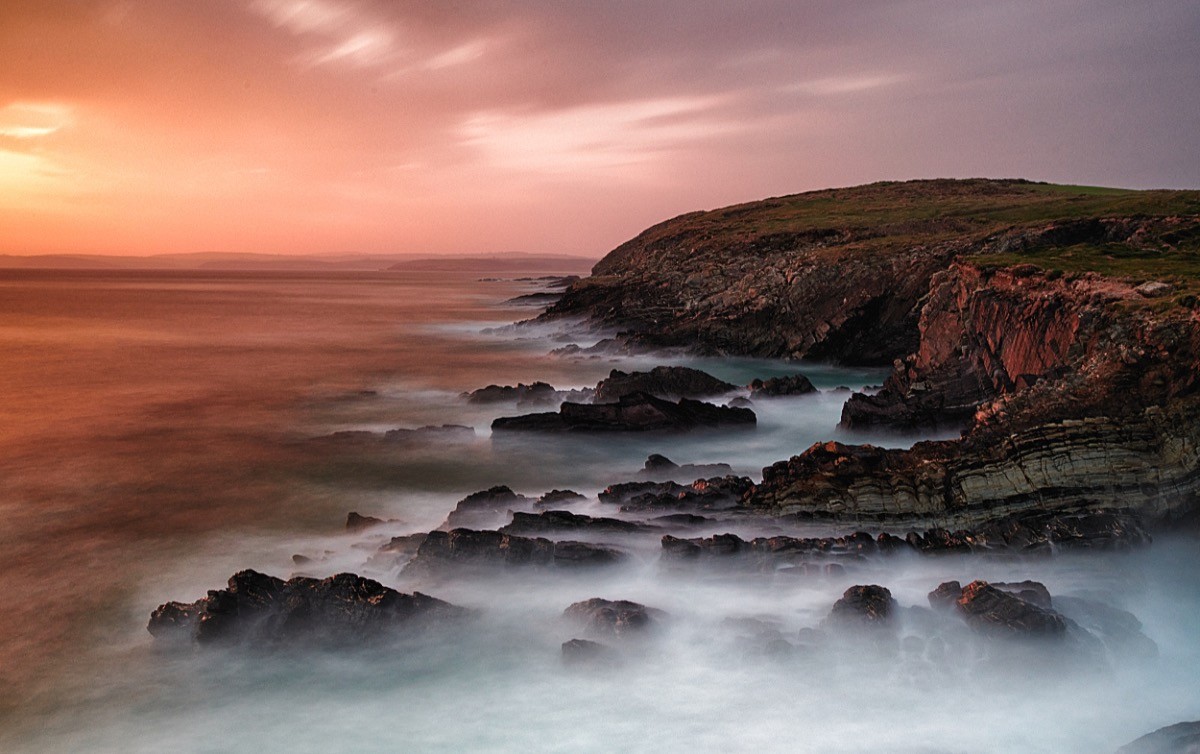 This photograph was taken at Galley Head in West Cork on a cloudy day. I had actually expected the sun… Read More »Sunset at Galley Head 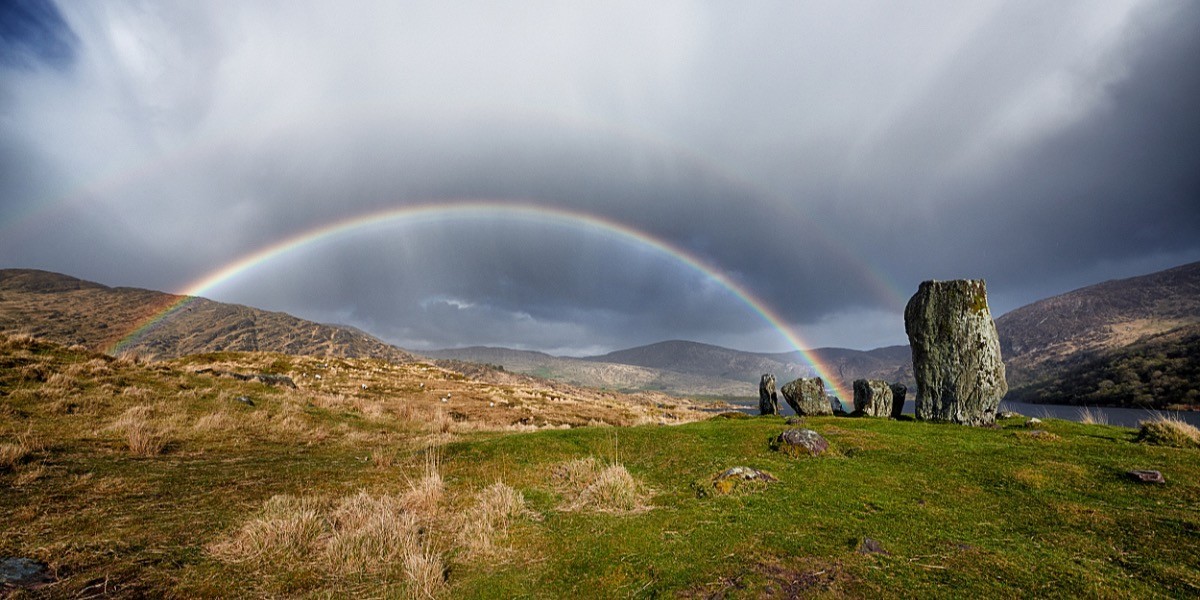 When magic happens in a mystical place and you have your camera ready, you’re in seventh heaven as a photographer.… Read More »Uragh Stone Circle 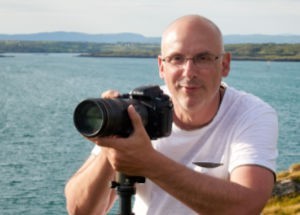